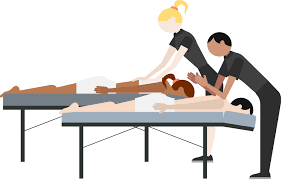 It was winter break, and my son Jeffrey was ten years old. I was curled up on the couch with my computer and I let him in on a little secret: I was buying his dad, Bill, a massage table for his birthday in February. It was something Bill had coveted since we had started taking massage courses together. Jeffrey looked a little uncomfortable with this news, but when I asked him what was wrong, he sloughed me off. Since he wasn’t forthcoming, I just went ahead and pressed “place order” and didn’t give it another thought.

Two days later, a huge package showed up at our door. Impressed with Amazon’s efficiency, I stashed it away.

One week later, my January birthday arrived, and Bill was distressed. “I am so sorry. I ordered you something, but it hasn’t come yet.”

But there were flowers and a card – so I thought I had already received my gift. I was happy.

Three days later, another enormous box arrived. It was addressed to me. That’s when I started to put two and two together. I lugged out the other box. It was addressed to Bill. I was guessing that we were now the owners of two massage tables! When Bill got home and we opened both boxes, there was a lot of laughter. We wondered how much return shipping would cost!

It became clear that Jeffrey had known all along. When I asked why he didn’t tell us, he said, “You both told me not to tell.”

I see this type of scenario play out in business all the time. It’s commonplace to come upon confidential and sensitive information in the workplace. And my experience tells me that we’re ill-equipped to handle it well. We don’t talk enough about who to tell, when to tell, what to tell, and how to tell.

If harassment, discrimination, or ethics are involved, it’s your responsibility to report it! Yup, if you see something, say something. But beyond that, the waters are murky. If you’ve been taken into someone’s confidence, your role should be to support and guide that person, and always encourage them to take the appropriate steps to address the situation. It’s not your job to fix the problem or to become the spokesperson. I encourage organizations to develop policies around sensitive information.

Ultimately, in Jeffrey’s situation, he did the right thing, even though we did have to pay for return postage. What conundrums with sensitive topics have you encountered faced about sensitive topics at work? 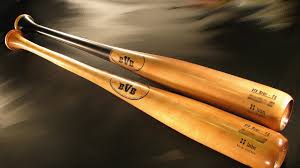 The Bat on the Table

Sometimes, or is it all the time, we get so wrapped up in our own little world that we fail to grasp what’s going on around us.

A few years ago, I rushed home after work to pick up my son for a chiropractic appointment. “Jeffrey, get in the car!” I bellowed. Since I am not one to waste time, on my way out the door I grabbed the baseball equipment in the foyer and stashed it in the garage where it belonged.

We were on time for our appointment, but the chiropractor was not. As we languished in the waiting room, I received a text from my husband, Bill, that said, “You must have left in a hurry, the TV was on, there are dishes on the counter, and there’s a bat on the table.”

Slightly insulted, but deciding to take the high road, I responded,“Thanks for cleaning up and starting dinner.”

He replied, “Do you want fish or hamburger? And, what do you think I should do with the bat?”

What was his preoccupation with that darn baseball bat? I typed back, taking a deep breath and remembering all his many amazing qualities, “Put the bat in the garage with the cleats.”

To which he responded, “But I’m concerned about rabies.”

Wait. What? All this time he was talking about a flying rodent in our kitchen? I’m concerned about rabies too!

He referenced the bat several times, but I was so wrapped up in my own concerns — being tired, hungry, and frustrated — that I failed to truly understand what he had said.

Miscommunication happens all the time in business, and in life. And it’s often the result of not looking outside of ourselves and truly appreciating the efforts and words of those around us. I bet you have had a miscommunication today, and certainly this week. Pretend that I am Ellen Degeneres and send them to me. I can’t wait to read them!

Your Mouth is Where the Money Is

By Karen Snyder / 6.14.2017 / No Comment
There was a time when the answer to the question “What do you do?” was easy to answer: “I work on an assembly line.”  “I install windows.”  “I make boots.” You did something tangible, and you got paid for it.
There was a connection between the quantity you produced and the amount of money you earned. Economists refer to it as a widget economy, where a “widget” is a stand-in for some kind of commodity.
Fast-forward to the information age, and an increasing number of people are paid for their ability to communicate data and knowledge. The communicate piece is key, and where an employee’s currency truly lies.

Today’s businesses need – and value – people who know when to speak in meetings, how to share ideas, how to persuade, and how to keep things on topic.  When an employee doesn’t fulfill those expectations, the employer isn’t getting its money’s worth.
I recognize that for the introverts among us, sharing expertise in meetings is not an easy task. However, it doesn’t have to be daunting. Here are some strategies that I have developed with my clients:
Still intimidated?  Then just remember this:  Your knowledge is your widget. And no one is going to invest in it if you don’t show it off!
What are some of the ways you like to contribute in a meeting?
Read More
Tweet
Page 3 of 6
« Previous 1 2 3 4 5 6 Next »
1 2 3 4 5 6
Categories
Archives
Copyright 2020 Karen Snyder